Spoiled Grapes: Why Wine Goes Bad & How To Work With It 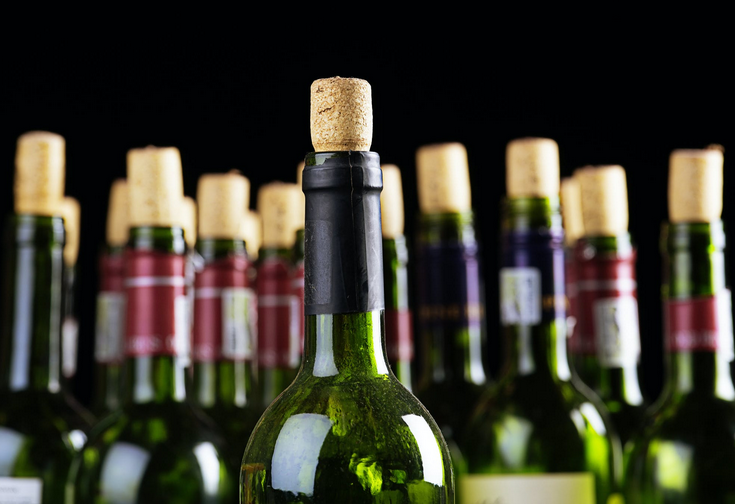 Wine is always moving towards a state of vinegar. Anybody who enjoys wine regularly has faced the unfortunate situation of returning to an opened bottle that has gone bad. You throw a small gathering with friends, you open a bottle of wine to casually drink and then after a long night, you leave it unfinished with just a glass or more left to drink. What happens to the leftovers? You don’t pour it down the drain, you want to save it for later...right?

Later turns into three days later and that remainder of New Zealand Sauvignon Blanc that you left casually on the kitchen table tastes nothing like the wine you had when you first twisted the top off. There’s no flavor to it but also you can’t help but notice an overtly sour taste that was stronger than you remembered. What happened? You thought wine was supposed to get better with air. That’s how wine ages right? Not exactly.

As opposed to discussing the matter of aging wine, instead, it’s best that we discuss this much more common dilemma; Why wine spoils after we open it. Understand first that aging wine is for bottles that remain unopened where air passes through the wine at a very slow rate. Instead, we will talk about what happens after we open a bottle of wine, but furthermore, ways we can prevent wine from spoiling faster than we might expect.

Where to start? For some, this might be common knowledge, but by opening a bottle of wine we expose the wine to oxygen. The conversion begins with a bacterial genus known as acetobacter, which converts ethanol to acetic acid. The fuel for this conversion is oxygen and once enough acetic acid is produced, we begin to perceive it in a wine that has remained open over a period of time. To put it simply, the more oxygen that is present, the more consistently the conversion can occur. If you taste a wine that has been opened for about four or more days without any barrier to prevent the exposure of air from getting into the wine, you will notice a very sour taste. That sourness is the presence of acetic acid that has built up over many hours. There are other reactions that take place in the wine aside from this, but this is the most noticeable experience since it overwhelms the majority of pleasurable qualities we find in wine. After an even more prolonged exposure, the wine eventually attains a state that is reminiscent of vinegar.

We know what causes this to happen, how do we prevent it? There are many tools that can be employed toward preventing a wine's exposure to oxygen. Acetobacter is naturally present within the wine, so the biggest variable that we will need to limit is the wine’s exposure to oxygen. Here are some tips:

Before diving into any tricks, it is important to understand that each style of wine responds to air differently depending on what is involved. Dry white and rose wines with no residual sugar usually last about one to two days after opening them, while dry reds will usually last around three days if kept properly. Wines with any level of noticeable sweetness to them will last anywhere between a couple of days to a week, and fortified wines such as ports or sherries will last anywhere from one to two weeks before losing their character. The preservative nature of acid, sweetness and alcohol allows for a slower oxidative process, thus these periods will depend on how much of these components are present in the given wine

By using a combination of these factors, [especially the first and second bullets together] you will notice results in how you care for wine after it is opened. Of course, ultimately the best way to fix a problem like this is to just finish the bottle. Regardless, these tools always help when you need to keep the wine just a little longer until you get around to that last glass.