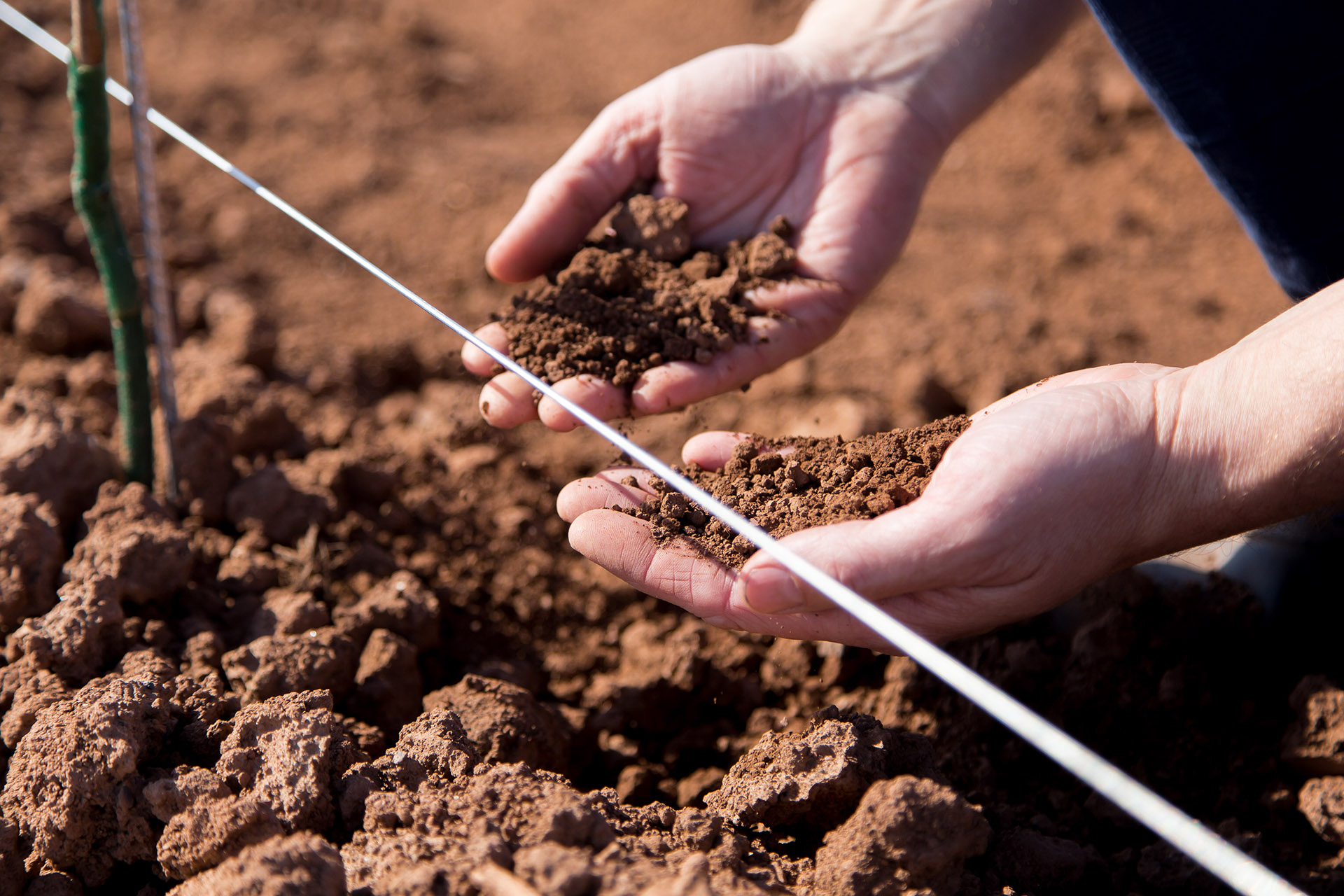 The simplest way to define the idea of "terroir" is to think about it as a sense of place.  It's the air, the soil, the wind, the sun exposure, the orientation of the vines, the elevation, the rainfall, the neighboring eucalyptus trees -- all of these (plus more!!) rolled into one idea.  And when it comes to wine production, terroir can - and does - have a serious effect on what you're drinking.

Take a varietal we're all familiar with, for example: Cabernet Sauvignon.  It's thick skins require a good amount of sun and heat to let the berries fully ripen to make a pleasant tasting wine.  This is why Cabernet tends to flourish in the Napa Valley, where warm growing days are followed by cooler nights halting over-ripeness, but still allowing for full phenolic maturity.  Left Bank Bordeaux, on the other hand, is cooler and sits right on the Gironde River bank which brings with it a significant amount of maritime influence.  Bordeaux, when compared with Napa Valley, tends to produce Cabernet Sauvignon that is less ripe and saturated with more earthy nuance and higher tannins.  Both absolutely world class growing regions for Cabernet, but vastly different.

Pinot Noir, as another example, is a thin-skinned varietal that is delicate and cannot handle extremes in temperature.  A cool, steady, calm growing environment is key here - and both the Russian River Valley and the ever-so-sexy region of Burgundy in France produce two different styles of the varietal.  The RRV style tends to be a fuller, sweeter display of ripe fruit when compared with (most) red Burgundy.  The Burgundian style tends to be much more fleshy, intense, and structured than their American counterparts.  While some of these differences can certainly be attributed to human influence and winemaking decisions, lots of this is simply nature's doing.

This, in a nutshell, is terroir.

No matter your preference, the small intricacies of where any particular wine is grown and cultivated - the wine's TERROIR - makes a massive difference. So the next time you're shopping for a Cabernet Sauvignon, take some time to really think and learn about where it's coming from - it could mean the difference between you liking your decision, and absolutely LOVING it.